For one of the largest sellers of photographic equipment, we designed stores in Prague, Brno and Ostrava according to the ADR studio’s design. The Prague branch in the reconstructed factory hall of the Holešovice Brewery won the „Interior of the Year 2014“ award, and both other branches, which received nominations for Interior of the Year in the following years, follow the same spirit. 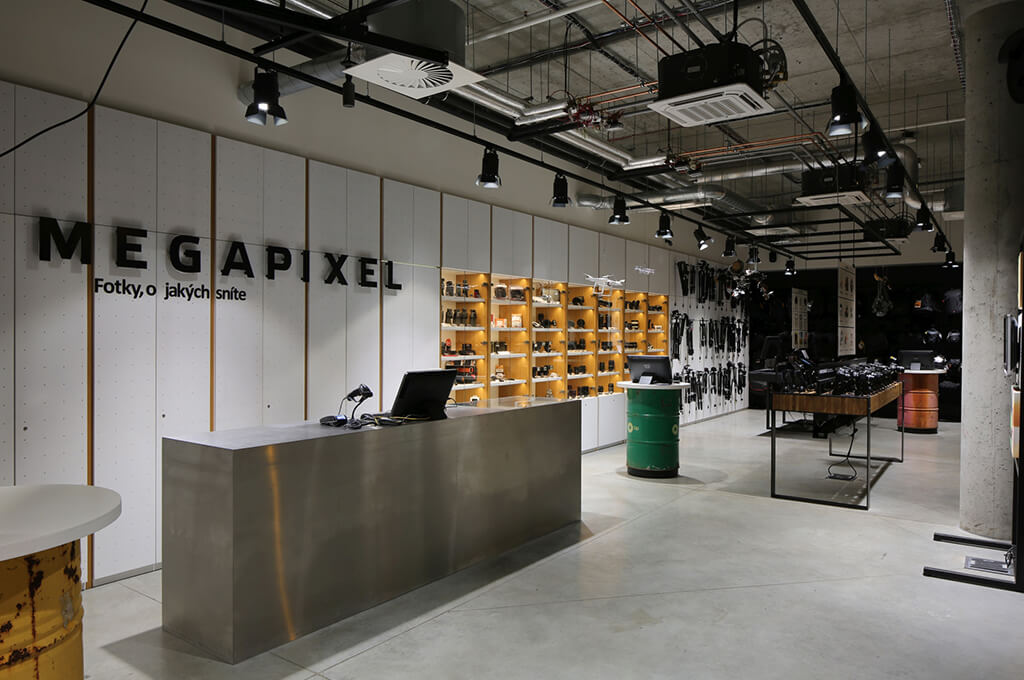 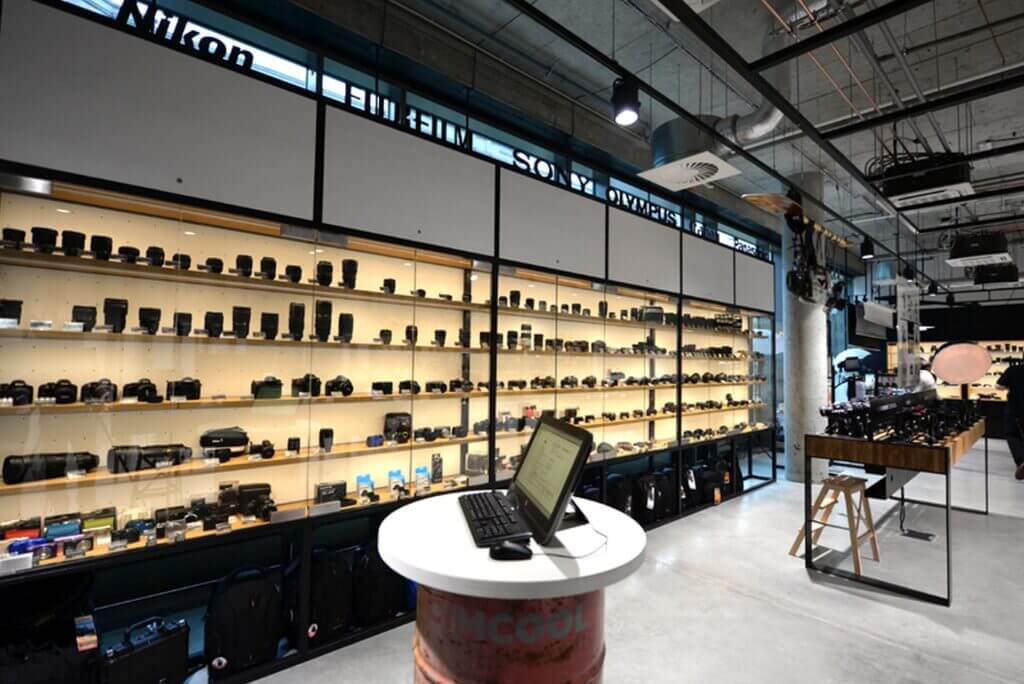 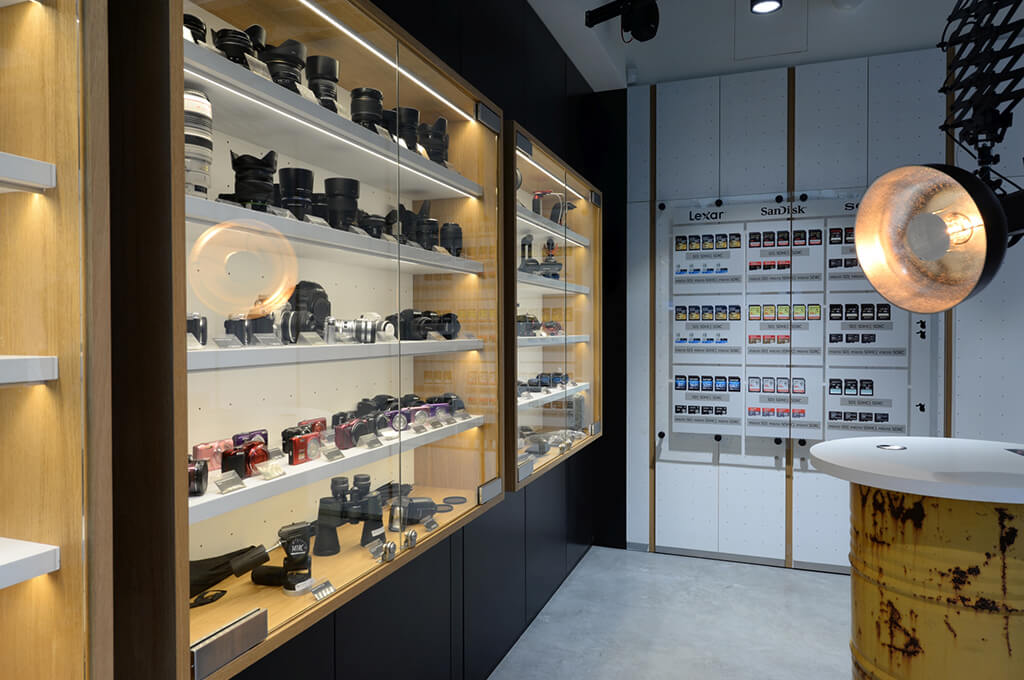 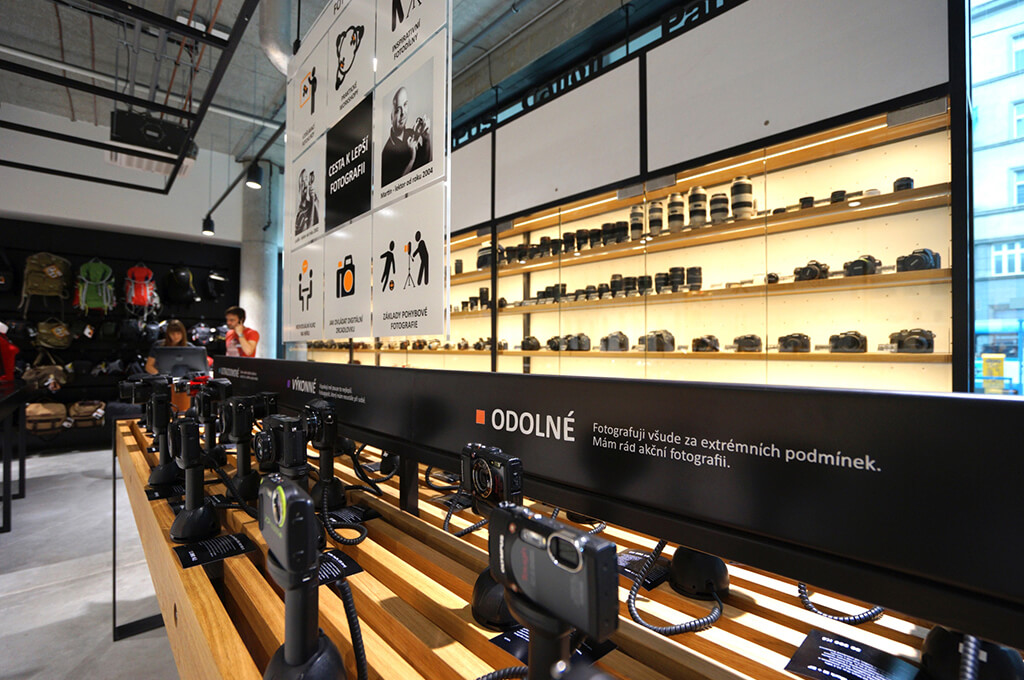 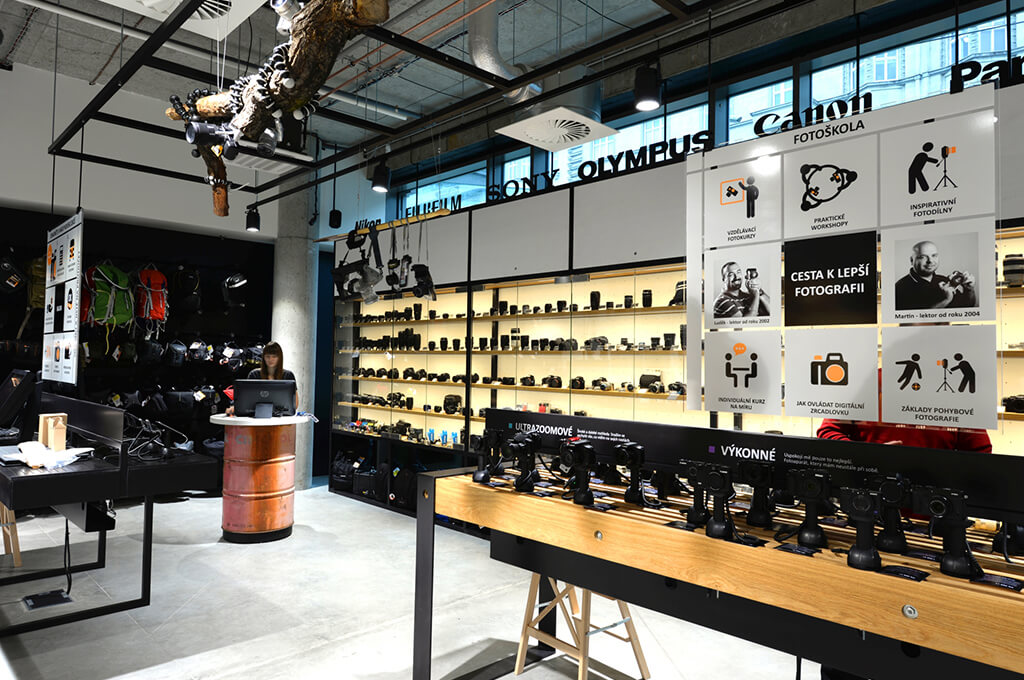